It is with great excitement that I hereby announce the release of Haguichi 1.3.0! This version marks a huge milestone in the history of Haguichi. Not only is this the first release based on GTK+ 3.x instead of 2.x, but it’s also a full port from Mono to Vala. Unleashing the full potential of GTK+ 3.14, this version brings a completely revamped user interface. So let’s jump straight ahead to an overview of all the cool stuff in this release…

On desktop environments that have embraced client side decorations (GNOME, Pantheon and XFCE) a beautiful headerbar is shown. A classic titlebar plus toolbar combo is used on the more conservative side of things (Unity, MATE, Cinnamon, etc). In any case, the menubar –of which many Unity users didn’t even knew it’s covert existence– is now history.

Whether you like your Haguichi window compact or large, the user interface will now adapt dynamically to the window size. The sidebar and buttons in the headerbar will be hidden or shown depending on available width. 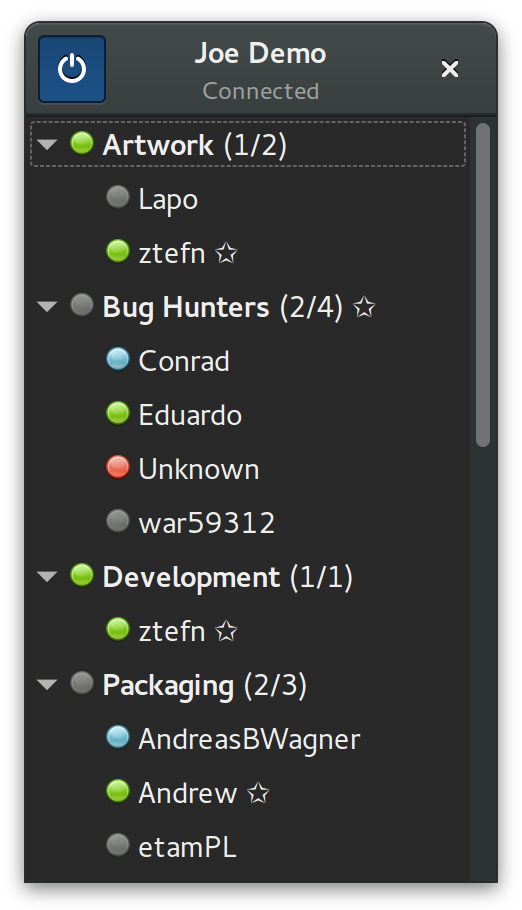 Thanks to the use of GTK+ 3 and scalable vector graphics instead of bitmaps for the node icons, Haguichi will look crispy as hell on HiDPI displays. 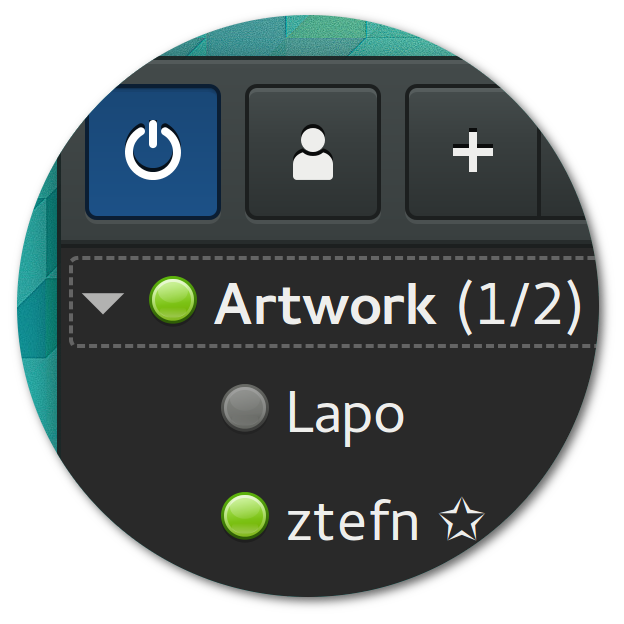 This release adds a sidebar that shows details and actions for the selected network or member. It’s also the place were all information of your client itself is shown. 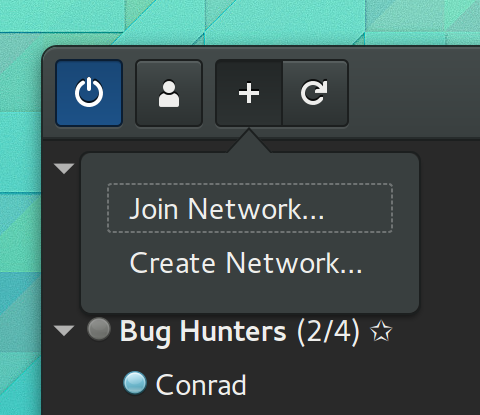 The jump to GTK+ 3 includes an application menu for GNOME and popovers for the menu buttons in the headerbar (or toolbar). On non-GNOME desktop environments the options from the application menu are nicely fitted in the “hamburger” menu instead.

Establishing tradition, this new major release comes with a redesigned logo. Stepping a bit further away from the generic “three-dot-sharing” to a more abstract and modern shape, that (conveniently) looks sharp in small sizes too.

When you’re changing just about anything, why not update the license too, eh?! Also, it provides yet another excuse for this version to be numbered 1.3.0 –besides the fact that it’s the first GTK+ 3 based release, obviously.

Special thanks for this release goes to Sergio Costas, for creating the awesome Autovala program and all support he provided for it.